State DOTs are often faced with special problems on their highway networks.  One such problem is the effect of extremely heavy traffic loads concentrated in small areas of unusual business activity.  A current example is the heavy oil and gas drilling and production activity in the shale areas across the United States, created by a new production technique called “fracking.” 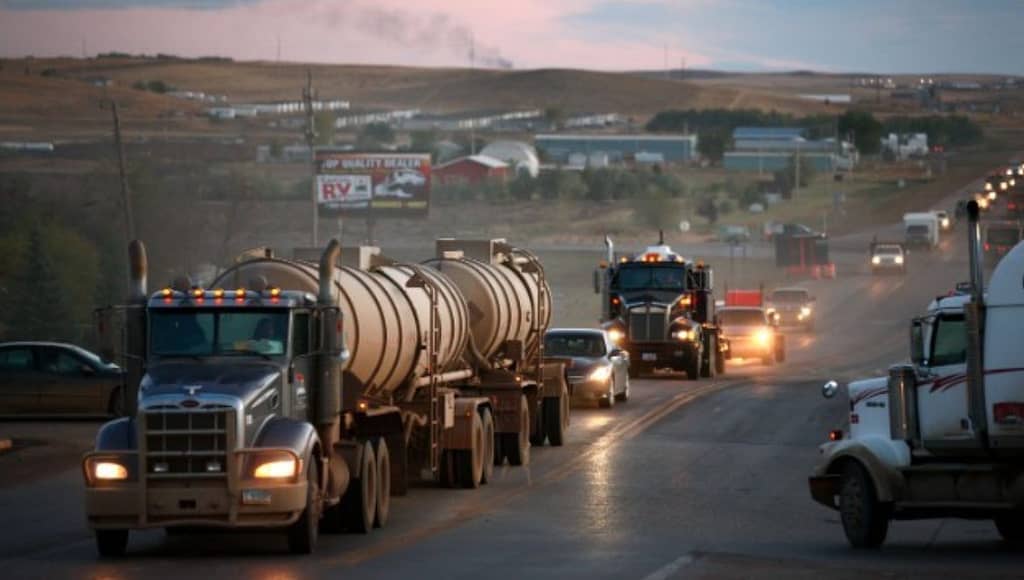 A good example is the Eagle Ford Shale area which covers a 30 county area in South Texas where thousands of trucks heavily loaded with water, chemicals, sand, or petroleum products are creating safety problems and havoc with city and county roads, state farm-to-market roads, and US and interstate highways in the area.  This problem is so bad that the Texas legislature is proposing to divert almost $1 billion into the area for road repairs and safety improvements, but no one knows how to allocate the funds among state, county, and city roads because the traffic buildup and deterioration has been so rapid and so traumatic. A flexible pavement management system (PMS) properly applied, like AgileAssets® Pavement Analyst™, can be used to allocate funds most efficiently. But what about the pavement data required for the analysis?

Reasonable measurements of pavement condition currently exist in the Texas state database for all counties in the state before the latest Shale projects began.  Using that database, an appropriate subset of counties termed the Eagle Ford Area, could be selected for analysis.  There are existing maps showing pavement sections in the area.  Data from the state database can be used to define the “before condition” for that sub-area of road network.  New surveys can be carried out to measure current condition after the extreme loading on roads in the area.

All drilling activity is well-defined and “permitted” by state agencies, so the location of the destination and origination of the loads is predictable, therefore current traffic and load levels can be collected in an intensive 30 day effort.  Drillers and oil/gas producers have good records of the incoming water and sand trucks to each well and routes over which they travel.  Producers likewise can define outgoing oil product traffic.  The fleet of vehicles being used is relatively uniform so accumulated loads and future loads can be predicted.

Using these reasonably documented current data sources, a specific Eagle Ford Area PMS database can be extracted and analyzed with AgileAssets PMS software to show areas of greatest need, deterioration rates, expected future deterioration and thus predicted future repair costs.  Likewise, costs to restore the pavements to good condition can be ascertained.  Since the areas of intensive activities are reasonably well-defined, the overall problem of resource allocation in the area can also be well-defined.  Even if it is not possible to make absolutely perfect predictions due to the variable information, it will be possible to allocate resources within a reasonable upper/lower limit of acceptable error.

The drilling and production companies seem willing to pay a reasonable fee for road maintenance and reconstruction. Some states require that drillers and producers sign maintenance reimbursement agreements as part of the “permitting” process before drilling begins.  In this case, they are assessed user fees to keep the roads in good condition which are a very small part of the income they earn from the intense activity.